Barocco Foundation presents tenor Alan Sciberras and pianist Sophia Narmania during a lunchtime concert organised in collaboration with Din l-Art Ħelwa.  This concert is being held at the beautiful, renovated Our Lady of Victory church, Valletta on Tuesday 17 May 2020 at 12:30pm.

Alan and Sofia will perform together in this delightful concert which will feature a blend of Italian and French arias and piano solo music. Alan will be performing well-loved arias from operas, such as G. Verdi’s Lunge da lei from La Traviata, La Donna e mobile from Rigoletto as well as Puccini’s Che gelida manina from La Boheme and Non ti scordar di me by E. Curtis. Sophia will provide some charming piano solo interludes which include Concerto in D minor. Adagio by J. Bach/A. Marcello and P. Mascagni’s Intermezzo from Cavalleria Rusticana.

Maltese tenor Alan Sciberras started singing as a soloist at an early age in a children’s choir ‘Angel Voices’ and began playing several musical instruments, such as violin and trumpet. Under the tuition of mezzo-soprano Ms. Beatrice Brockdorff, he performed singing exams with the Royal School of Music, London.

Alan, who holds a Masters Degree in Nursing Studies and Management from the University of Malta, started his career as an opera singer in 2016, under the guidance of Dr. Andriana Yordanova.  Since then he took part in Master classes with Miriam Gauci, Gioacchino Jack Li Vigni, Carlos Kenaniah Conde, Nelly Miricioiu-Kirk, David Gowland and Salvatore Fisichella

Pianist Sofia Narmania displayed tremendous interest in music from an early childhood and started giving her first concerts at the age of seven. At the age of ten she won great public acclaim playing Beethoven’s 2-nd Piano Concerto and then she was invited to continue her music education in Moscow Pre-Conservatory college.

During her years of education Sofia appeared on the concert stage as a soloist with many orchestras, and gave several recitals in the main halls of Moscow and in other cities of Russian Federation. As a soloist she performed the concertos of J. S. Bach, W. A. Mozart, L. Beethoven, F. Liszt, C. Franck, S. Rachmaninov, P. Tchaikovsky, D. Shostakovich.

The Church of Our Lady of Victory, with its painted ceiling by baroque artist Alessio Erardi, is the first church of Valletta. It was built by Grand Master de Valette and the Order of St John after their victory in the Great Siege of 1565.  It has been restored by Din l-Art Ħelwa, voluntary National Trust of Malta.

After the concert, patrons are invited for free to the cellar of the church to watch a short audio visual show about the building, history and the restoration of this gem.

A Tenor’s Song will be held at Our Lady of Victory church, Valletta on Tuesday 17 May 2022 at 12:30pm. Entrance to the concert is at a suggested donation of 10 euro.  One can obtain the tickets prior to the concert from the venue itself or by email: baroccomalta@gmail.com or phone 79680952. Patrons are being graciously asked to wear masks during the performance. 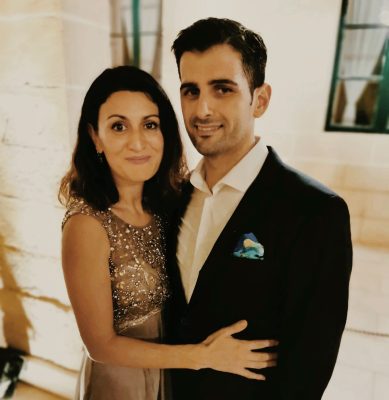 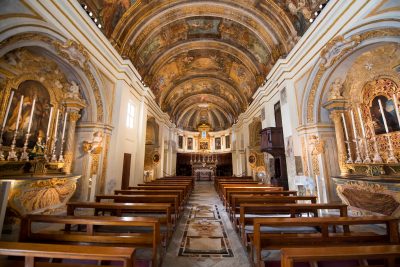