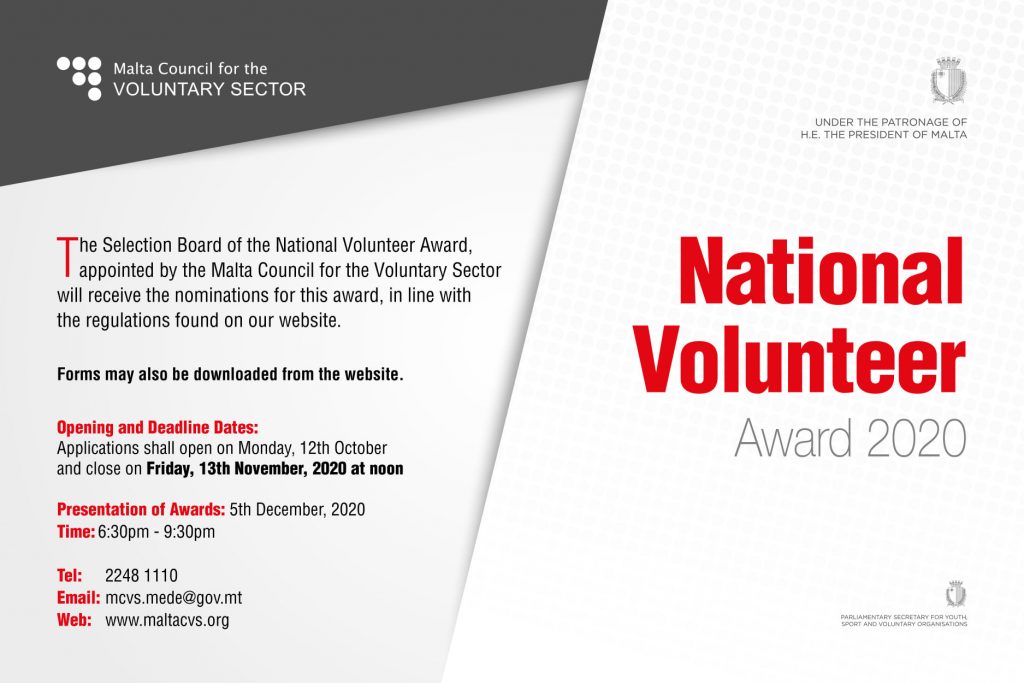 The Malta Council for the Voluntary Sector is issuing the call for Nominations for the National Volunteer Award in 2020.

The aim of the Award

The National Volunteer Award shall be awarded to an individual volunteer who has contributed in any field, such as social, humanitarian, health, ecological, cultural, education, sports, etc. The voluntary work must have had a positive contribution towards a particular field and should ideally have served as an inspiration to others.

The Youth Volunteer Award shall be awarded to a Volunteer between the age of 16 and 30 years. This award shall have the same aims as the National Volunteer Award and has the main scope to promote volunteering amongst young people.

The Corporate Volunteer Award shall be awarded to a Company or Organisation coming from the Private Sector which has given tangible support to the Voluntary Sector, both by direct support as well as by supporting and facilitating its employees to volunteer.

The Eligibility Criteria can be found as part of each Nomination Form below.

The closing date for the nominations shall be the Friday the 13th November 2020 at noon.

Malta Council for the Voluntary Sector