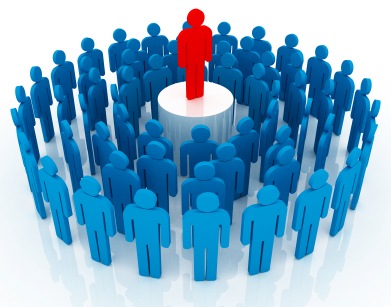 The European year of volunteering will be ending on a remarkable note for local voluntary organisations, with the transformation of the old slaughterhouse into a volunteer centre. The 17th century dilapidated building, situated right next to the Auberge de Baviere in Valletta, will be eventually passed on to the Malta Council for the Voluntary Sector to be used by organisations that have no roof under which to operate.

Built in the 1600s, the first slaughterhouse in Valletta was transformed into a residential area by Grand Master Raphael Cottoner when the city became overpopulated and there was a need for more residential places. Later, during the British reign, the place even housed horse stables and bakeries, but people still referred to it as “Il-biċċerija l-antika tal-Belt” (Valletta’s old abattoir).

The Minister for Resources and Rural Affairs, the Hon. George Pullicino said that the restoration and the revitalisation of this building will mark the commitment of Government to volunteers and voluntary organisation with this monumental landmark ending the year dedicated to volunteers.  He said that the Government is committed to support the regeneration of this area with the investment of an estimated cost of €1 million, mainly in the restoration and refurbishing of the building, converting what was a delapidated building into a live Volunteer Centre. Ms Wendy Attard, the architect responsible for the project, said that “We would like to give a new lease of life to the building by attracting people to it and we are doing this by intervening on a cultural level. The designs revolve around four concepts – to promote volunteering to attract more volunteers, capacity and resources building, provide leadership and connect people.”

Youth and Sport Parliamentary Secretary the Hon. Clyde Puli said the year dedicated to voluntary work should not be a simple momentary celebration and the old abattoir will be the ideal monument for volunteering stating that “Volunteering is important because solidarity contributes to social cohesion and gives people an identity.”

The Hon. Jason Azzopardi Parliamentary Secretary for Revenues and Land explained how the project is a result of inter-ministerial collaboration. He said that “NGOs make the country wealthy on a social level. This is a sustainable way to use a property that has been abandoned for a long time.”

The Chairperson of the Malta Council for the Voluntary Sector Mr. Robert Farrugia said the new centre will be extremely useful for the Sector. “Today I am on the receiving end of help on behalf of the Volunatry Sector,” Mr Farrugia said.

Mr Farrugia added that the centre will have €35,000 worth of equipment donated by the EU which was left after the European Tour ended in Malta.  He also added that about 2,100 organisations working within the local voluntary sector welcome this centre which has been a dream of those working in the Sector for years.

The Volunteer Centre will be addressing various needs.  The ground floor will be converted into a centre for creativity housing exhibitions and music gigs among others, while the upper floor will be taken up as office space for voluntary organisations with common facilities.  This floor will host the Malta Council for the Voluntary Sector from where it will manage its operation, including training, support and capacity building of the Sector, with the provision of a reource centre/library.  The majority of the rooms on this floor will be converted into meeting/training rooms which will be used on a time sharing basis by those Voluntray Organisations needing a base for their operation.  The rooms will be provided with meeting and training equipments as well as IT facilities.  The premises will aslo provide individual storage facilities for organisations to hold their documentation as well as a postal address to recieve their organisation’s correspondence.  The Volunteer Centre will aslo avail of two larger conference halls.  As part of the project, hostel facilities will be provided catering for foreign guests, exchanges and sleep in seminars.