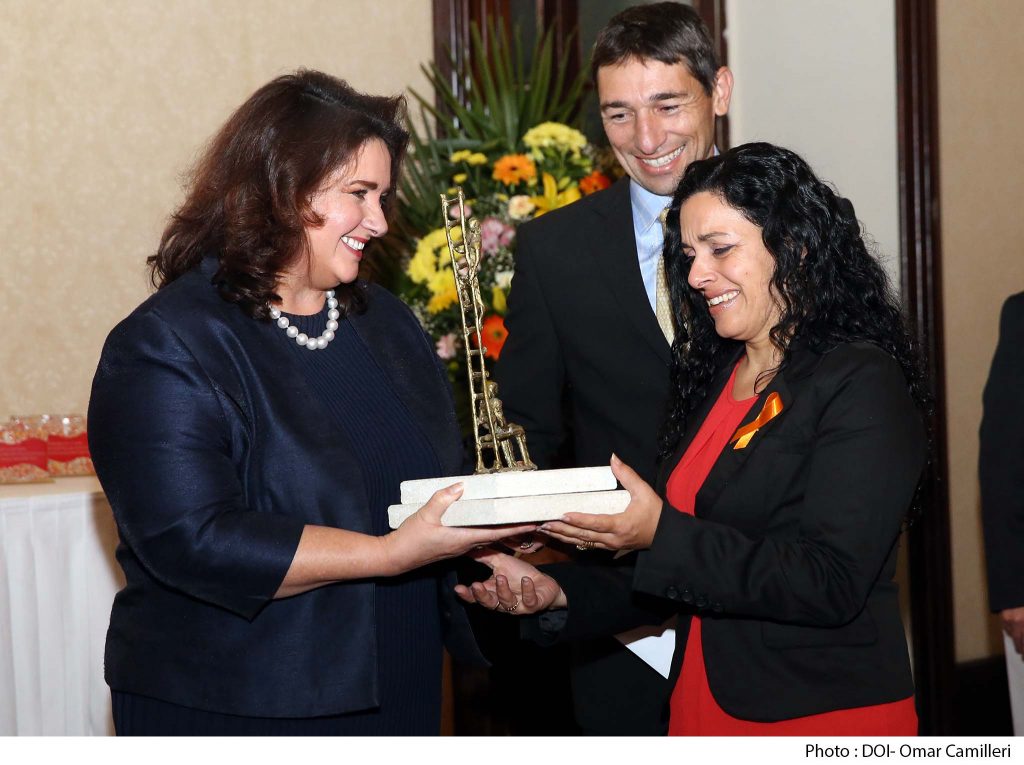 The Malta Council for the Voluntary Sector (MCVS), yesterday the 2nd of December 2016 presented the National Volunteer Award 2015 during an award giving ceremony at held at the Casino Maltese, Valletta under the patronage of the Hon. Helena Dalli, Minister for Social Dialogue, Consumer Affairs and Civil Liberties. The board of adjudication was composed of Dr. Noel Camilleri, Ms. Myrna Azzopardi and Ms. Maria Carmela Borg. The National Volunteer Awards were given as follows: