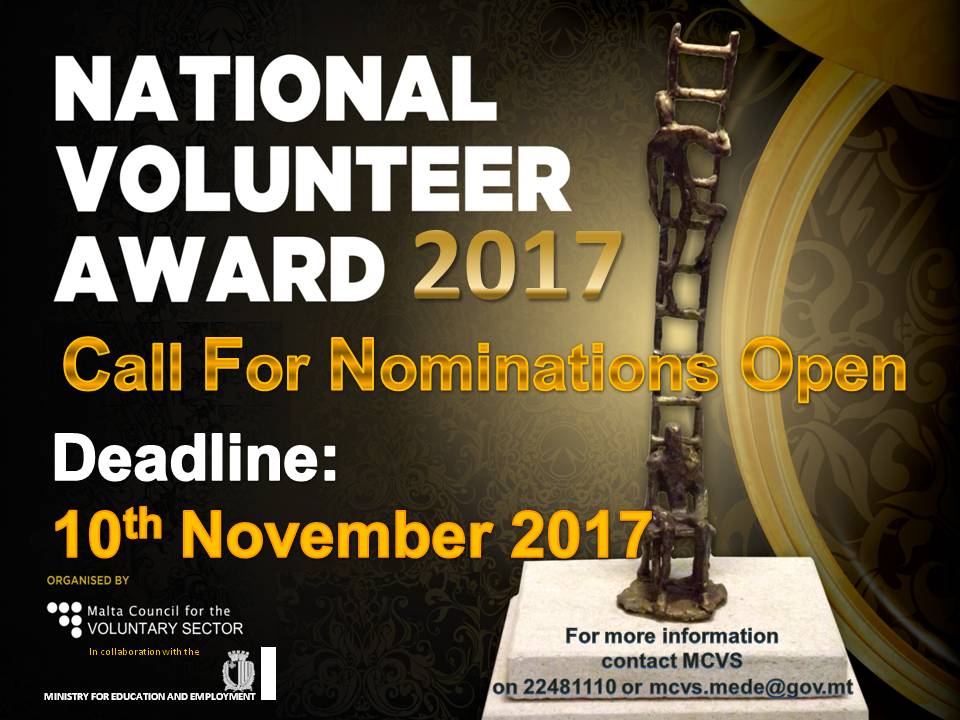 The Call for Application for the awards shall be open as of the 12th October 2017 and shall close on the 10th November 2017. The award ceremony shall be held on the 5th December 2017, International Volunteer Day.