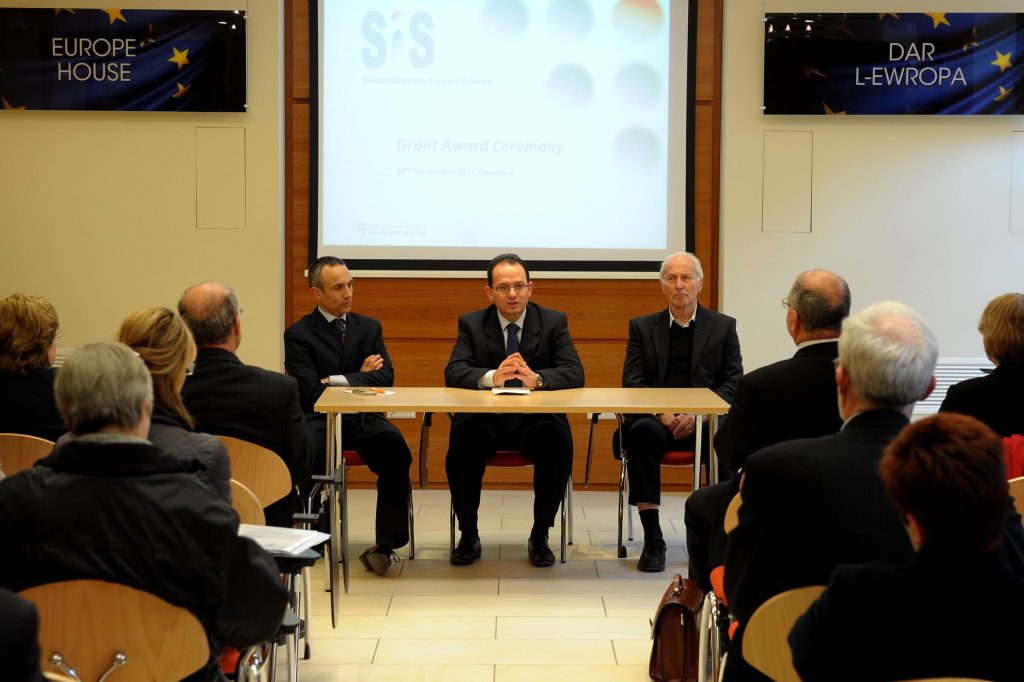 In the opening speech Mr. Robert Farrugia said that it was the MCVS aim to support voluntary organisation in their work within society and in support of their volunteers.  He emphasised the importance of volunteers and said that the projects supported under the SIS scheme should be used to promote volunteering.

In his speech Minister Said said that it is the intention of Government to support the volunteer sector. He said that at present the Government is in preparing amendments to the Voluntary Organisations Act (Ch 492) and the Public Collections Act (Ch 279). These amendments will further support the role of the Commissioner for VO’s and make clear the role and the function of the Malta Council for the Voluntary Sector.  He emphasised the impotance of voluntary work in our society and said that it is the intention of the Governmet to further support this sector, including the possible increase in the allocation of funds under the SIS scheme. Dr Chris Said said that in a small country like Malta the volunatry sector remains fundamnetal in what is sustainable development. He said that in our cummunities we have a strong presence of volunteering and encouraged more citizens to engage themselves in voluntary work.  Dr Said added that volunteering also helped the individual in acquisition of new skills, training, new friendships and most importantly – personal satisfaction.  He concluded by saying that he was aware of the challenges faced by voluntary organisations especially in the aspect of finances and human resources and for this reason he promised the Governments’s commitment to support where possible both through the various funding schemes as well as the technical support through MEAUSAC for the acquistition of EU Funding.

The 20 Voluntary Organisations which benefitted from this round of funding under this scheme were: