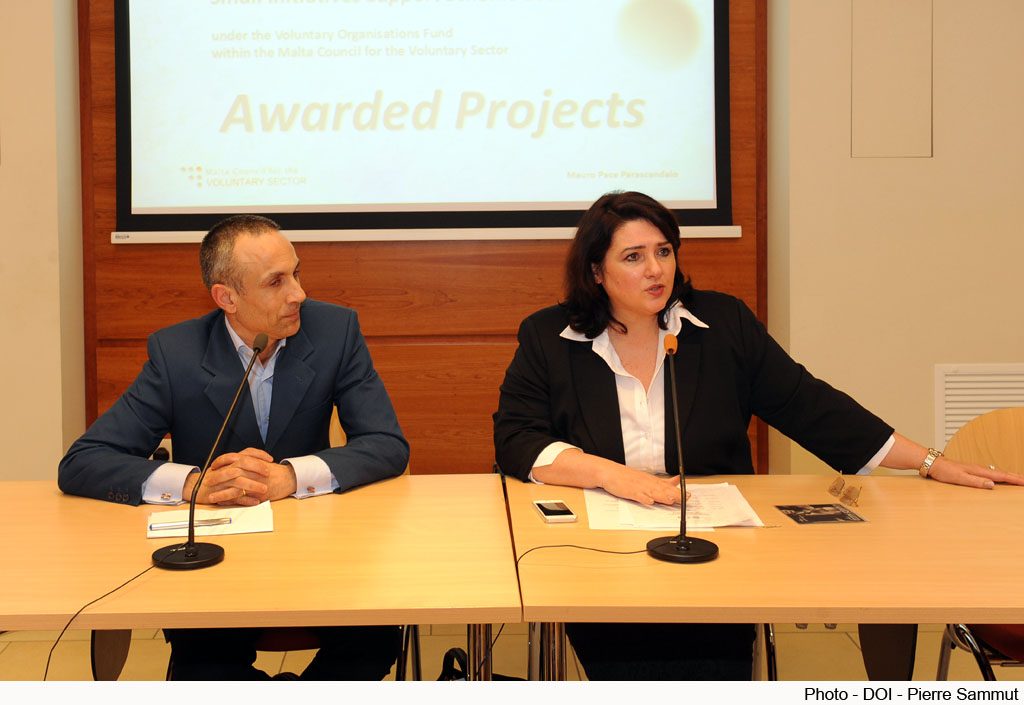 The Voluntary Organisations Fund within the Malta Council for the Voluntary Sector (MCVS) has awarded for the third year a number of initiatives under the ‘Small Initiatives Support Scheme’ or ‘SIS’.

This initiative, which is supported by the Ministry of Social Dialogue, Consumer Affairs and Civil Liberties, is this year supporting twenty voluntary with a grant of €3,000 to undertake their project.

In a Grant Award Ceremony held on Thursday the 13th March 2014 at Dar L-Ewropa, Valletta, the Minister for Social Dialogue, Consumer Affairs and Civil Liberties, the Honourable Helena Dalli, together with Mr. Robert Farrugia, Chairperson of the Malta Council for the Voluntary Sector, presented the contract for the projects to the following voluntary organisations:

Organisation for Friendship in Diversity (VO/279) In his speech Mr Farrugia said that the SIS Scheme has in the last three years supported sixty projects with a budget of €180,000, projects which enabled voluntary organisations working in the various sector to undergo small initiatives which may otherwise not have taken place.  He said that this scheme is one of the initiatives taken by the Council to support the voluntary sector, which is possible thanks to the financial supported granted by the Government, which support has this year increased considerably. The Honourable Minister Helena Dalli in her address thanked the voluntary organisations for their commitment and service within the community. She said that she has only words of praise for the selflessness by which individuals working in the sector give their contribution.  The Minister said that for these reasons the Government was committed to support the sector not only financially, where this year the NGO Fund was increased to €3,600,000 and the allocation to the Malta Council for the Voluntary Sector was increased to a total allocation of €260,000, but also through the involvement of the sector in aspects which are of common concern.